The UAE Celebrates its 50th Anniversary!

The UAE Celebrates its 50th Anniversary! 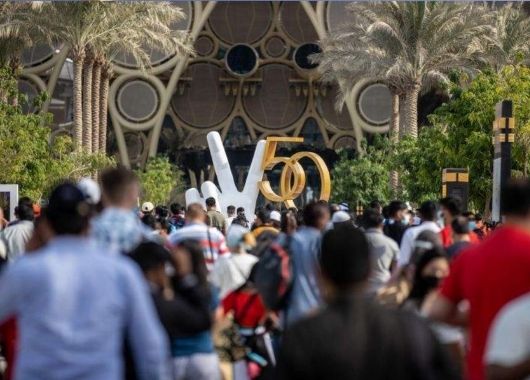 On the 1st, 2nd and 3rd and 4th of December, the United Arab Emirates celebrated their Golden Jubilee. This Golden Jubilee marks 50 years since the founding of the UAE. A very special National Day, which happened to coincide with Expo 2020. Written in the stars if you ask us!

The UAE National Day is celebrated every year to commemorate 2 December 1971 when the UAE declared independence as a sovereign nation following the efforts of the UAE Founding Father, the late His Highness Sheikh Zayed bin Sultan Al Nahyan, to unite the emirates.

The theme of the Golden Jubilee is renewed optimism for the next half-century. This optimism will be showcased all over the UAE, but especially at Expo, where the world is coming together to witness these celebrations. There will be site-wide ceremonies, musical performances, seminaries and exhibits to enjoy.

Expo made the biggest gesture by opening its gates for free to everyone on the 2nd of December, making it the busiest day at Expo so far.

Now, let us continue the celebrations!